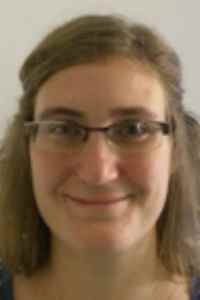 BIOGRAPHYF. Chiodi is Maître de Conférences at Université Paris Saclay. She joined the ‘Laser epitaxy’ group at IEF (now C2N) in 2011, to work on laser ultra-doping of Si and Ge, and to develop and investigate the first superconducting Si devices: Josephson junctions, SQUIDs, and microwave resonators.
She graduated in 2006 in Physics from Ecole NormaleSupérieure, in Paris. In 2010, she obtained a PhD under the direction of B. Reulet and H. Bouchiatat LPS, Université Paris Sud, on the dynamics of long SNS Josephson junctions. She then moved to M. Blamire’s group at the Material Sciences Department in Cambridge, UK,to work as a Post-Doctoral researcher on triplet superconductivity in inhomogeneous SFS Josephson junctions.

Silicon is one of the most well-known materials, and the main actor in today electronics.Despite this, silicon superconductivity was only discovered in 2006 [1] in laser doped Si:B samples. Laser annealing is instrumental to cross the superconductivity threshold, as the required doping is above the solubility limit, and cannot be reached using conventional micro-electronic techniques. Laser doping allows the realisation of epitaxial, homogeneous, thin silicon layers (5-300 nm) with extreme active doping as high as 11 at. %, and without the formation of B aggregates.
Silicon is a disordered superconductor, with a lower carrier density (1020 – 1021 cm-3) than metallic superconductors, a critical temperature modulable with doping from 0 to 0.7 K, and a relatively high resistivity that allows to easily match the devices to the void impedance.
After demonstrating all-silicon SQUIDs and Josephson junctions [2,3], we have realised microwave silicon resonators, working in the 1-10 GHz range and with quality factors about 4000. We have shown a strong non-linear response with power, observing a Kerr coefficient of the order of 300 Hz/photon where less than 1 Hz/photon was expected. This suggests that, once the losses sources identified and reduced, silicon resonators may be promising candidates for on-chip strongly non-linear quantum devices.