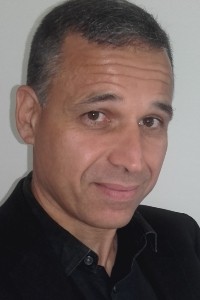 
BIOGRAPHYFranck ARNAUD joined STMicroelectronics in 1995 after his graduation for a Master degree in the field of electronics from the Superior School of Electricity, so called Sup’Elc from Paris university. He started the ramp-up of 0.35um CMOS technology as FEOL and device engineer. In 2008, he spent three years in Fishkill area working in ISDA semi-conductor alliance led by IBM as 32/28nm device manager. He moved back to Crolles site in France in 2010 where he took over the responsibility of the 28nm program development for both bulk and FDSOI technologies as director. Since 2016, he is driving the development and the qualification of 28FDSOI-ePCM technology and beyond in Crolles site.

Embedded non-volatile-memories (eNVM) will become more and more critical for advanced micro-controller (MCU) designs increasing the needs of massive data (i.e. Artificial Intelligence) and complex code storage for multiple type of applications such as IoT, consumer or industrial systems. Following a spectacular and very rapid content evolution expected by autonomous car and intensive electrification, automotive MCUs is going to move forward to advanced CMOS technology nodes. Beside low power consumption and high speed computing, grade-0 of automobile requires very stringent reliability criteria increasing significantly the challenges for CMOS and eNVM components. This talk will present the requirement of automotive MCU designs and benchmark the different options used for eNVM. After showing the superior behavior of Phase Change Memory (PCM) for automotive MCUs, we will present the main performances and advantages and challenges for such solution to sustain automotive road-map in the future.