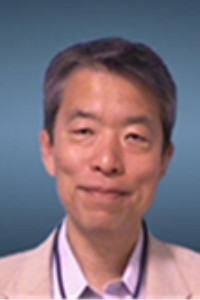 Koji Sakui received the B.Eng. and M.Eng. degrees, both in instrumental engineering, from Keio University in 1979 and 1981, respectively, and the Ph.D. degree from Tohoku University in 1995.

In 1981, he joined the Toshiba Research and Development Center, Toshiba Corporation, where he was engaged in the circuit design of DRAM’s. Since 1990 he has been engaged in the development of high density NAND Flash memories. From 1991 through 1993, he was a Visiting Scholar at Stanford University, doing research in the field of multi-chip module and BiCMOS technologies. He managed Flash Memory Design Department of SoC R & D Center to develop 90nm, 70nm, and 55nm NAND Flash memory design. He moved to Sony Corporation in December, 2004, and served as a General Manager of Memory System Department of System LSI Business Division, Semiconductor Business Group. In April, 2007, he moved to NAND Products Group, Intel Corporation, Folsom CA, where he was a Research Scientist. In April 2009, he became a Visiting Professor of Tohoku University. In June 2010, he joined Micron as Sr. Architect and Technologist – Memory Innovations, where he has 62 US granted patents on the 3D NAND. In December 2018, he has become a Principal Scientist of Honda Research Institute Japan. He served a part-time professor of Tsukuba University in 2013. Also, since 2009, he has been a part-time professor of Waseda University.

Dr. Sakui is a member of the IEEE Electron Device Society, and served a Memory Coordinator for ITC (International Test Conference) in 2001, and a Technical Program Committee for the IEEE NVSMW (Non-Volatile Semiconductor Memory Workshop), currently the IEEE IMW (International Memory Workshop) from 1998 to 2012. On January 1st, 2012, he became an IEEE Fellow, with the accompanying citation: “for the contribution to NAND flash memories.”