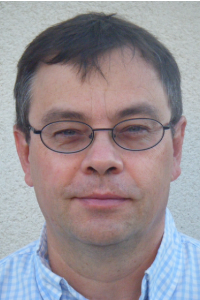 Some issues associated to the formation and stability of contacts in microelectronics: agglomeration, nucleation…


BIOGRAPHYDominique MANGELINCK is CNRS research director in the institute Materials Microelectronics Nanosciences of Provence (IM2NP). He has obtained in 1995 a Ph.D. in Materials Science that was on the alloy effect on the formation, the epitaxy and stress of nickel silicide. From 1996 to 1997, he held a postdoctoral position at the Royal Institute of Technology of Stockholm (Sweden) to study the redistribution of dopant in silicide and in SiGe, and the formation and electrical properties on alloyed Fe silicide. From 1998 to 2000, he has been research fellow in the Institute of Materials Research and Engineering (Singapore) to develop the integration of the Ni monosilicide in microelectronics through the salicide process. Since 2000, he is CNRS researcher in IM2NP and his research is mainly devoted to diffusion and phase transformation in nanometric materials. He used in-situ experiments and other analysis such as APT to understand the fundamental mechanisms of diffusion and reaction and to develop industrial processes for metallurgy, aeronautics and mainly microelectronics. He has published more than 190 scientific papers and has received the bronze medal from CNRS in 2003.
He is now responsible for the “MATER” department in IM2NP.

The formation and stability of contacts in microelectronics are facing a number of problems. Among these problems, agglomeration is critical since it leads to a dramatic increase of the resistance of the contact. Indeed, during high-temperature treatments, thin films with nanometric thicknesses have a tendency to break up into islands in order to lower the surface and interface energies. This phenomenon, referred to as “agglomeration” or “dewetting”,is more stringent when the film thickness decreases with the scaling down of the devices.  However the mechanisms responsible for agglomeration of polycrystalline compound thin films is yet to be fully understood. In this work,using silicon isotope multilayers and atom probe tomography (APT), a main mechanism of agglomeration for the Ni monosilicide has been revealedto be the diffusion of the less mobile species (i.e. Si) along the NiSi/Si interface. Other problems such as nucleation, lateral growth, partition faced by contacts for Si and other semiconductors will also be discussed.